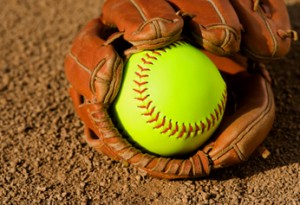 The Prescott Senior Softball Association was founded in 1990. The first chairman was local resident Tom Tobin, who has since passed away. An annual senior softball slow-pitch tournament is held annually in May in his honor. The Organization is an Arizona non-profit corporation and is governed by a ten-member Board of Directors elected annually by the playing members.

For the past several years, PSS has consisted of approximately 200 softball players between the ages of 45 and 80+. Play is generally year-round and consists of three Leagues. The Major League is generally made up of players ages 45-65 and is very competitive,  the AAA League is slightly less competitive, and the AA League is generally intended for players over the age of 70 and is more for pure recreation.  However, there are some older players whose ability allows them to play in the Major League, while some younger players new to the game or less competitive may play in the AAA or AA Leagues.

Regular-season league games are played every Monday and Thursday mornings at Pioneer Park (unless situations require the games to be moved elsewhere). The Cactus League begins in February.  Players are assigned to teams and are evaluated as to playing ability during this period.  In April, the Summer League managers actually draft their teams based on player evaluations during the Cactus League. The Summer League runs from mid-April to September and consists of approximately 38 scheduled games per team.  All teams are sponsored by local businesses and receive uniform shirts and caps. Following the regular summer season, a double-elimination Championship Tournament is held in each League. From September through November PSS schedules a Fall League, similar to the Cactus League.

PSS also sponsors a Summer Barbecue and a Fall Awards Banquet. New players interested in participating merely have to show up at Pioneer Park on Monday or Thursday mornings. They are assigned to a team as soon as the appropriate paperwork is completed.